I’ve been to all 50 states. But 11 of them I was only passing through, or making a surgical strike. 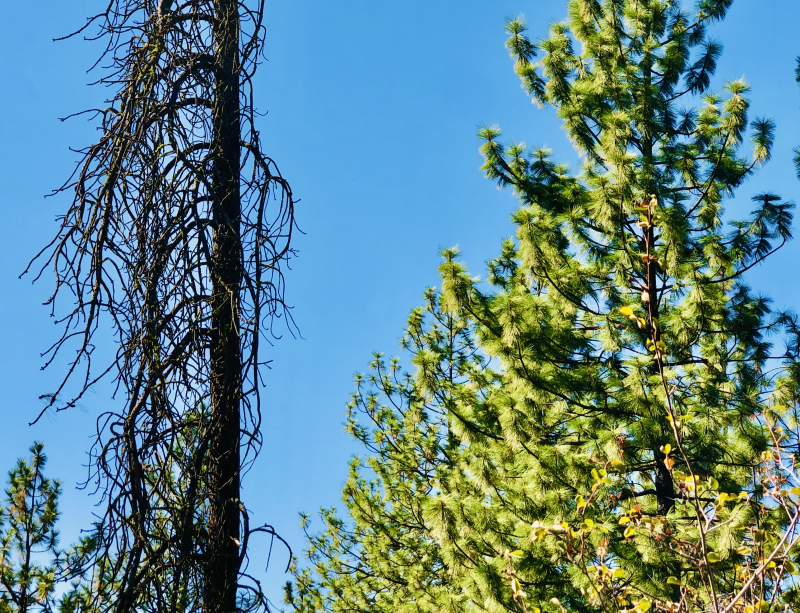 But I have spent a few nights in Memphis, Tennessee.

I had already been to Nashville, Tennessee. Nashville seemed normal, and greener than I expected, although I was not sure what I expected.

Turns out Memphis, Tennessee, on the east bank of the Mississippi River, is a visitor vortex if you are surgically-striking the Arkansas, Alabama, Mississippi tourism triumvirate.

New York droll comic Todd Barry answers a friend's question about a show in Alabama: "You know, chairs, lights... Oh, I get what you're looking for. Well, the Klan leader picked me up at the airport..." Again, I was not sure what to expect.

When it absolutely, positively, has to be there overnight, use Federal Express. At the dawn of Federal Express, every package, even if going across the street, flew to Memphis, was sorted by humans, and put back on another plane to where it was going. Simple. Not quite high-speed detachable quad chairlift brilliant, but smart.

Now, your FedEx package more likely visits odd places not Memphis, like Elko or Gary or Enid or Lima.

But Memphis still has FedEx. And Beale Street -- where jaw dropping child prodigies of Riley B. King stun regulars, and are ignored by barbeque'd tourists.

Beale Street has a modern Westin complex including Gibson Guitars and the Grizzlies' home court. I use the Westin as my home base for the triumvirate and try Arkansas first.

The Alabama that I saw also seemed normal. Muscle Shoals, Alabama hosted famous recordings by Boz Scaggs, the Staples Singers, and Paul Simon's "Love Me Like a Rock". Even Mick and Keith recorded "Wild Horses" in Muscle Shoals. Mick is hard to please. My Alabama experience was much like Todd Barry's -- normal.

One of my college mates is a FedEx executive, moved to Memphis years ago. He has tickets to Old Miss at University of Memphis at the Liberty Bowl. He meets me at the Westin, we have brunch on Beale Street and go to the game. Nice way to cap the trip.

All is essentially fine. "I am drenched in sweat. How do you handle this humidity?" "You get used to it." We have some excellent food, taking in the amazing Saturday morning musical talent. An electric vibe.

Ever see a SEC football game? At brunch, we notice red shirts everywhere. And women in red. Not just red sweatshirts like you'd see in the northwest, but red dresses. Hundreds of them. Red dresses everywhere.

Beale Street is overwhelmed with Ole Miss pre-functioners. Not a blue shirt in sight. University of Memphis is a commuter school, and its alumni are not drinking on Beale Street at 9am. At Ole Miss, football is high tea.

Ole Miss is a destination SEC school, in Oxford, Mississippi, south of Memphis. Ole Miss has 24,000 students; the flagship university of the state.

Ole Miss has existed in Oxford as a public institution for 172 years. For 114 of those 172 years, black students were not allowed to apply for admission, but that is not exactly the point of this story.

The sea of red invading our blues brunch spot was fine. Then they broke in unison into the "Hotty Totty" chant, with lyrics about "rim, ram, flim, flam" which was annoying, as their chant blindly interrupted the child prodigy we were enjoying.

Some nice fellow in red befriended us and gave us chartered bus tickets to the game, which we took and used. The red-shirted Ole Miss alumni association had rented several off-duty Memphis Transit buses (and drivers), running a multi-bus rodeo pickup right off Beale Street with seas of red, and two northwesterners in shorts, filing onto the buses. Pretty well organized for the south.

We're on. Other than the red, all is normal. "When did you graduate Ole Miss?" I look at my Birkenstocks and admit our native geography. Normal stuff.

Then the Liberty Bowl approaches.

The bus arrives at the stadium, and police are at the entrance road gates and we are temporarily delayed. The bus stops.

The Memphis Transit bus driver stands up and addresses us.

“I don’t mean no disrespect…”

Now I think I do know what to expect.

“…but it shore is nice to see white folk on a Memphis City bus.”

“May only be eight tomorrow.”

A few minutes of collective bus silence later we arrive at the stadium.

One redshirt gives the driver $5 as we exit.

I ask one of the astonished redshirts “What just happened?”

“Memphis has never gotten over MLK.”

In Seattle, this bus driver would have been Iphoned, on the news, twitter-persecuted, and placed on administrative probation before halftime.

After that public admission and pay-off, even the red dresses and theoretically-tolerable drenching humidity seemed normal. Just like Arkansas, Mississippi and Alabama.

Everybody's Playing In The Heart Of Gold Band

I make most of my bad decisions quickly – every day I am making choices that I should not make, inconveniencing myself, my spouse, and the rest of you. I back out of my driveway without looking – bad choice. I drink 10 cups of coffee before 7am – bad choice. I wear underwear from another millennium – bad choice.

Seems my decision making gets better the longer it takes me to decide. It took me ten years to replace my last old car – but waiting worked. After twelve seasons, I finally replaced my orange Technica ski boots – but they were so good to begin with, the same model was still available. Most importantly, it took fifteen years to marry my bride.

She too makes big decisions slowly – so I was lucky she was unmarried when I finally figured out what I wanted in life. There she was, 1000 miles away, perfect for me.

Getting my love to Spokane was going to require not only a perfect engagement ring, but a four wheel drive vehicle – she needed one of each. We took advantage of a free afternoon in Bellevue to shop.

First stop was Tiffany. Lovely place if you like glass countertops and thousands of little lights. We tell the salesman what we are looking for – emerald cut diamond, platinum setting, nothing extreme. He shows us five options, and she tries-on three. They all look fantastic, especially number three. My bride is refined and has instincts, so she asks if she can use the powder room knowing I will use the opportunity to ask the price of the trinkets, which I do.

Number one – nice enough but not exactly what we wanted – was $22,500. Number two – big but maybe too bold – was $68,750 (or nothing for Carmella Soprano). Number three was in the sweet spot between them -- $47,000 – more than I could afford, but at least a round number, so I pretend that is the one we want. My love returns, and we take the salesman’s card and bid him adieu with “I will never see you again” enthusiasm, wondering if the Tiffany world is for me.

Second stop was Park Place Limited. If you are ever in Bellevue with time to kill, stop by Park Place Limited. For 40 years, this shop has sold the first Porsche to thousands of newly-minted Microsoft tech millionaires. Park Place even teaches these tech wheezers to drive manual transmission cars for a small fee. The shop and lot are an acre of desirable imported cars in every shape and size.

We make our way to the SUV section. There are the BMW X5’s – sturdy, purposeful, reliable. Over there are the Land Rovers – the “Landys” our salesman calls them. “You’ll each need your own wrench” he mentions by way of dissuasion. Then, in the corner are the Mercedes Gelandewagons. You’ve seen them, the G-Wagons – beefy and boxy, but not as ridiculous as the Hummer. Not an ordinary marshmallow Mercedes SUV – the G-Wagon is ready for anything.

The silver one catches our eye – it’s the AMG version. The G-Wagon is eight years old with 40,000 miles, but seems brand new to me. The salesman starts in on the features “It has stream crossing mode; it has bio-hazard filtration; it has self-parking….”  Now I have to use the powder room. I come back and he is still going over the features “it has a rear-seat refrigerator; it has built-in luggage…” The car is undoubtedly impressive and would work quite well in Spokane. But would it be embarrassing – like “too much” embarrassing? Like Maserati on a dirt road embarrassing? I can’t exactly see my perfect girl in this beefy lane prowling machine, but she does have that side to her, so maybe it would work.

Forty-seven thousand dollars – same as the ring from thirty minutes ago!

The Tiffany ring has three parts: the diamond, the setting, and the band. None of the parts moves.

I picture the Mercedes and AMG engineers in lab coats discussing wiring harnesses and coefficients and fatigue testing. Then I picture the Tiffany jeweler with his dentist glasses and tweezers, making the ring in under an hour.

I risked the former by passing on both of the $47,000 offerings that day. Big decisions are slow for me. I might buy an AbbaZabba Bar on impulse, but not a G-Wagen.

Three months later, I had settled for a more perfect ring from a pre-revolutionary Iranian, and a less-perfect X5 from a corporate used car conglomerate, both for half the price. Half the price well spent – a risk that paid off.

All of it worked. The ring is wonderful and the bride remains proud to wear it. The used car is still used, but at least no one is judging her for it.

Next time I’m facing a big decision, I’m going with the simple option.