We Can Discover the Wonders of Nature, Rolling in the Rushes Down by the Riverside

Some golfers insist that golf is a game and not a sport. Those golfers are not over sixty. 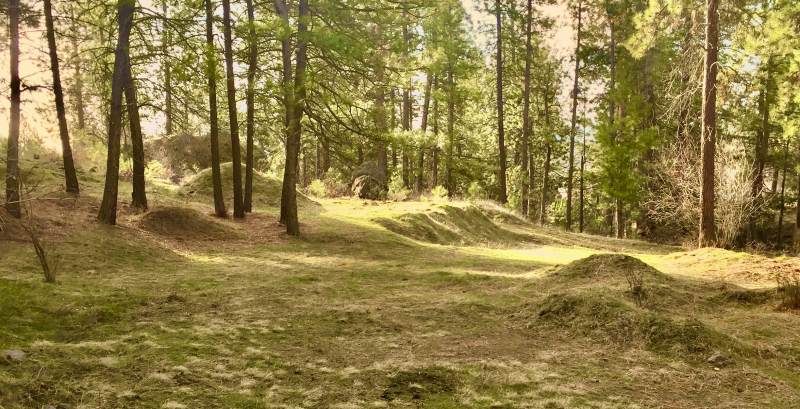 What makes a game a sport? Chutes and Ladders is a game. Baseball is a sport. But a child takes more steps dancing around awaiting her turn at Chutes and Ladders than an MLB right fielder who strikes out three times and never fields a fly.

Games have rules, and are undertaken for pleasure. Same as sports. Games involve activity which might be mental or physical. Same as sports? Sports require physical exertion and skill – but so do many games.

Magic the Gathering sounds exhausting – does that make it a sport? What about Hide and Seek? How about hunting? Waterskiing while smoking a Pall Mall? Twister has rules, requires physical exertion, and skill helps – but isn’t Twister a game?

What about running and skiing? Those seem like sports. But running and skiing have no rules, unless you include “no running in black socks” and “no skiing in jeans”. Runners and skiers have a different attitude, though, and never pull clouds of semantic ambiguity above their hobbies, as golfers do – claiming their hobby is somehow unique, as if quandary is part of the golfing ethos.

Golfer attitude is attitude rooted in etiquette, so that at least tempers it. NASCAR, by comparison, has attitude detached from etiquette. Those guys never stop to exchange information. Boxing has etiquette: hand shaking, no punches below the belt, spitting only in designated buckets. Boxing is sweet and scientific.

My favorite golf course in Spokane is Indian Canyon – a municipal course with an historic clubhouse and eighteen holes occupying acreage likely better suited for housing than a giant game in the middle of a growing city.

But Indian Canyon remains approachable and iconic. I like the name. Indian Canyon: a reminder who used to run through these beautiful environs. Not sure if Hangman Valley Golf Course conjures the same feelings. Similar setting, similar past, but the “hangman” part is a more brutal reminder of what was happening as the area was "settled". No wonder the name is being cancelled.

For 100 years the members of the Spokane Country Club played golf, wrote their own rules of clubhouse etiquette, and took pride in offering employment to the less fortunate.

The first amendment guarantees us freedom of association. You and I can have a private club and exclude Sally. But once our private club starts advertising and charging fees, we have to admit people regardless of race, creed or sex, although we can still discriminate based on fatness, poverty or bad reputation.

The Spokane Country Club adapted to modern public accommodation laws, raising its prices as it admitted black, women and Jewish doctors in residency at Sacred Heart hoping they would never have enough time to come out and play a round.

But the club has reserved certain tee times for men only. For decades, male doctors, lawyers, and even a few preachers were hard to find in Spokane on Wednesday afternoons, because they had the Spokane Country Club to themselves.

Spouses of the male members were essentially also members, free to play for a round – except Wednesday afternoons. But these spouses never minded the restriction. Then, these career women came along with their own memberships demanding to golf on Wednesdays. You can imagine this empowered momentum. Golfer attitude, female version. Skirts and hair bands, but also grunting and smacking.

These new female members formally complained about the men’s tee times during the prime work-skipping hours of Wednesday afternoons.

The Club rebuffed them: “Sorry. We have rules that everyone follows, so no.”

The Spokane Country Club lost the case, RBG style: discrimination on the basis of sex. The Club didn’t lose the case for having sex, it lost it for scheduling sex. Scheduling sex never works. Catholics know this.

The jury agreed the women members had been screwed because the club excluded them. But what are the damages? You’re a successful woman, and you didn’t get to play golf on a Wednesday? So what? Golf costs $100. Are those the damages? That’s money you pay. These excluded women do miss out on overhearing stock tips and lake house opportunities, but that’s the same in the men’s sauna.

The jury decided that country club women not playing golf when they should be working has significant value. And all of those missed rounds by all of those work-shirking professional women amounted to millions.

The magnificent clubhouse, swimming pool, golf course, and 1000 acres were auctioned to the highest bidder: The Kalispell Tribe of Indians. The Indians bought the very ground where they used to play their version of golf before the white man invaded with his Catholicism and whiskey.

The thousand-acre facility never looked better. The food has never been better. And, whether golf is a game or a sport, just like at Indian Canyon, anyone can play ("member for a day"), even on Wednesday afternoon.