Strangers Stopping Strangers Just To Shake Their Hands
We Can Discover the Wonders of Nature, Rolling in the Rushes Down by the Riverside

I drink a pot of coffee each morning. 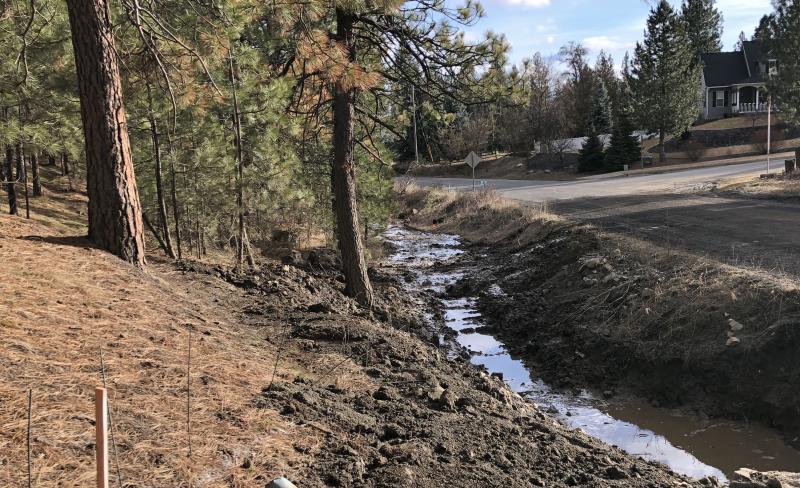 I mix my own beans at the store – half caff – which, for me, is half regular caffeinated whole coffee beans, and half Advil tablets. I grind my half caff at the store, using one of four grinders provided, none of which is clean or in solid working order. I choose the one without blood on it, and it takes about three minutes of sputtering wood chipper sounds to fill the bag. I leave a mess at the store every time. It just doesn’t seem right to use the miniature push broom they leave you. I know my store only uses union labor, and, obviously, I’m management material.

I leave a mess when the ground-crusted bag comes home too. I’m tossing the plump bag around, oblivious to the jet streams of micro-grounds spraying on the counters, on the oven, on the fridge, on the floor.  The parade continues as the grounds make their way into the filter and the machine. The machine makes the coffee fine, but then the depleted, soggy, matted grounds remain in the machine. In the future, the coffee machine converts this biomass into energy leaving no trace. But my machine came from Macy’s for $80 and the soggy sacks of grounds just sit there. There is no elegant way to remove one. The little lift-out plastic backet has a little handle like it’s little red riding hood’s lunch pail, but that just gets in the way dumping the grounds and its clinging, wet filter.

Some say, you don’t need the paper filter – use gold. We have the gold but also leaves a mess. But all of that mess is biodegradable. I want to discuss a coffee mess that is permanent.

Historically, I would consume my morning pot of coffee from a 16-ounce Styrofoam cup, plucked from a stack of Styrofoam cups with that satisfying unnatural plastic-squish sound of Styrofoam rubbing against Styrofoam – plastic’s own corduroy whistle. I have a stash of Styrofoam cups, one, because they are light, and two, in case the gun grabbers come for Styrofoam when they come for our plastic bags and straws – in which case I’m set, and so are my friends and family, sorry about you.

But now, my spouse has me hip to the wisdom of washing and reusing one of five coffee mugs. Do you have more than five? Seven?

But I have to wonder if I am using more water by washing any one of these five cups than is wasted to make the Styrofoam one. How much water is wasted making one of those Styrofoam bricks holding your printer in its box? Can’t be that much, can it?

How about the truly clean recyclers who wash their blue bin refuse? Statistics show that washing recyclable plastic ruins its net environmental benefit. You might waste more water rinsing that plastic container than will later be saved by recycling it. Why do we do it? Admittedly, washing recyclables is more polite for the blue bin men and their downstream conveyor belt pluckers – slightly improving their working environment.

But even clean Styrofoam cannot be recycled. Isn’t there a safe place for Styrofoam? We can store nuclear waste, but not Styrofoam? Where is the Styrofoam Foundation with breakthrough ideas? Where are the Styro Girls with PSA’s of Styro hacks to lessen your white granular detritus?

Trains kill thousands each year. Would a 100-ton locomotive moving 50 miles per hour be less dangerous to a pedestrian if it were fully-clad in 36 inches of recycled Styrofoam?

How about using used Styrofoam to improve nature? Alpine Valley, Wisconsin could build a real ski resort on top of its trash mountain base. Glacier National Park could regain its namesake permanently. How about Styroland in Kansas, Nebraska, or some other flat place where a thousand-foot ziggurat of tiered Styrofoam is built, and then just opened to ticket buyers with no rules?

Know the Eskimo senior-citizen sacrifice ritual “iceberging”? Imagine lily pads of recycled Styrofoam, all along Florida’s coasts. Trump-cultists of all ages and sizes could be lured onto these decoys using red hats, Playboy magazines, and barbecue. Then, untether those pads and we can see just how real the Bermuda triangle is.

What really is the Styro-problem? Is it the permanence? Is it that Styrofoam is made from oil? But look how much cleaner Styrofoam is than oil – I’d drink my coffee from it.

Never seen Styrofoam being made, but in my mind it is a beaker of oil and a drop of catalyst mixing and growing and puffing beyond its container, like right out of a Harold Ramis movie. How much oil could there be in one Styrofoam cup? Two drops? Three? Six? Styro scoffers at my Styrofoam-enabled Advil half caff waste more oil than that at the Starbucks drive-through.

And there is only so much oil. Are we trying to save it for better uses like diesel fuel or Crocs?

Really, it seems the anti-Styrofoam debate comes down to the waste – permanent pellets of plastic – crushable, but not a good additive for soil or smoothies. I get that is bad. But my municipality burns its non-recyclable waste in a fierce incinerator with pollution scrubbing exhaust. So, is it still bad? The incinerated plastic pellet residue ash is taken by rail car and buried in eastern Oregon by men and women working as ash buryiers. Seems honorable.

But still, there is permanence to the magical foam. On the other hand, with my one of five mugs, there is a lot of washing – at least three times as much water as went into the coffee. Isn’t that bad? With the Styrofoam, it’s into the trash and into the incinerator, no water involved.

Or is water down the drain really nothing, just like Styrofoam? Water wasted by me is cleaned and recycled for you. We just can’t use it at the same time – because I’m using mine to drink coffee in a variety of vessels.