Welcome to LynchField Park - 7.75 acres of urban forest in the Austin Ravine of Five Mile Prairie in Spokane, Washington. This property is being reclaimed after years of neglect, unlawful mining, and barbed wire. You can see photos on the Zillow page.

Each LynchFieldPark.com post below is a random LynchField Park photo joined with an unrelated 1000-word anecdote. Enjoy! 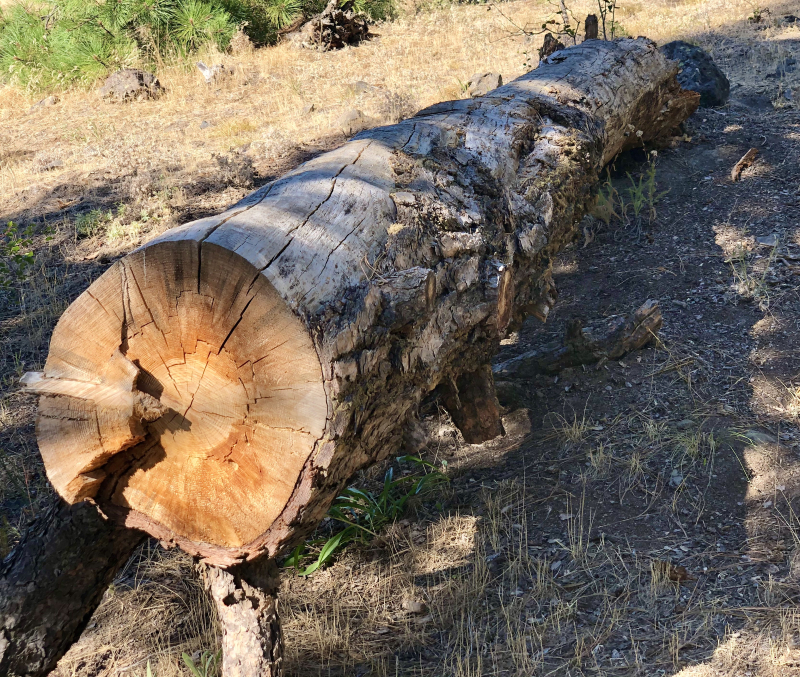 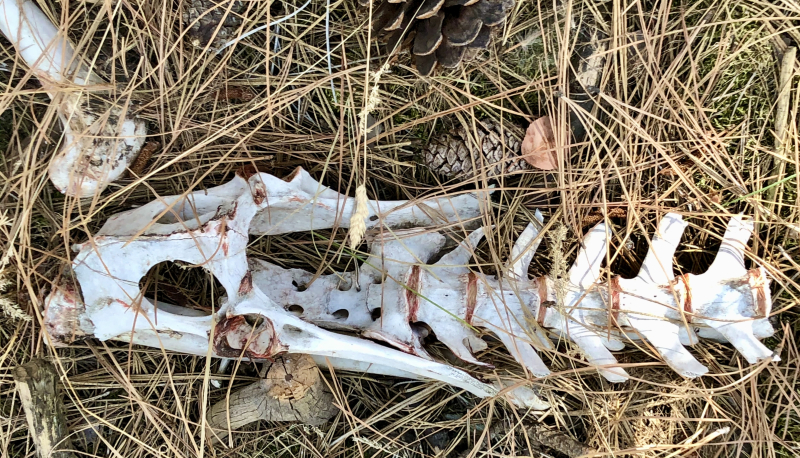 Remember when you first saw an ad on TV for drugs?

“Ask you doctor about Spazapram.”

Drug advertising seems wrong. Drug companies persuade us to ask our doctors to sell us the drugs that the drug companies cannot otherwise legally sell us. Perverse, really.

The drug companies also want us asking our veterinarians about drugs.

“Ask your veterinarian about Rovercil.”

“Is Fido depressed, feeling blue, out of sorts?’

“Do you yearn for younger days when Scout bounded through meadows and jumped into ponds?”

“Is Max no longer interested in licking peanut butter off your skin?”

And, like any pharmaceutical ad, the Rovercil ad includes the side effects.

“Rovercil may cause shortness of breath, panting, slobbering, gruff noises, and incontinence. Do not dig for rodents while on Rovercil. Stop taking Rovercil and see your veterinarian if you spend four continuous hours chewing one squeaking toy.”

Reminds me when my broke former brother-in-law tried to borrow $1000 for surgery on his cat. Some of that $1000 must go toward Felinebarbitol or some other cat drug.

I told him: “Don’t be an idiot. New cats are free.” I don’t own a pet, and he, borrowing the money, scoffed: “You don’t understand, man.” Indeed, I did not understand.

If you’re buying Rovercil for your depressed dog, what is the real problem?

Drugs can be miraculous, but drug advertising seems wrong.

Supersize Me is a wet-your-pants-funny documentary where Spurlock only consumed McDonald's for 30 days. Breakfast lunch and dinner. Every item on the menu at least once.

Supersize Me shows Spurlock eating the McDonald's, planning for the McDonald's, working, and seeing the doctor. At every doctor visit, Spurlok gains weight, his vitals decline, and his look deteriorates, like he has been fully glazed by the insides of french fry bags. At every visit, the doctor insists Spurlock quit his McDonald’s challenge. But quitting does not a documentary make.

Spurlock has never had another hit as big as Supersize Me, but McDonald's did stop using the term “supersize” after his movie.

Spurlock had a TV show where he tried other grand stunts, like spending 30 days with the camera crew in jail. He passed on the challenge idea I sent him.

My wife watches the network news, among her myriad news sources. The network news seems antiquated, but the announcer voices remain reassuring.

Perhaps given the demographic, nearly every network news commercial is for a pharmaceutical. “Ask your doctor about Heavamine.”

My wife’s special muting skills spare her the side effects, but I cannot stop listening. I’m worried I need the drug, with all my doctor appointment-skipping. My weak quips are cries of denial: “Pullzac helps you ice skate with your grandkids” or “Kringlopomed helps you pick out sweaters and throw bread at birds”.

Drug side effects have evolved. Olestra’s “loose stools” side effect was once the champion. But now, with Yafganitrol, there’s risk of eye socket bleeding, fingernail discoloration, and sudden death. I thought sudden death was a golf thing.

My idea for Spurlock was to take each of the network news advertised drugs each night for 30 nights. Then cut to him live at the end of the news. Lots of people would tune-in to see how it all goes down for Morgan, taking all of the network news drugs, and then being presented with fun challenges.

You can imagine the promos:

“It’s Day 3: Check in on Morgan Spurlock as he experiences Abilify, Humira, Lyrica, and a Fentanyl Patch while alone in a corn maze….”

“It’s Day 17: Morgan Spurlock starts in a padded room hopped-up on a combination of Xarelto, Oxycodone, Slidenafil, and Robitussin, and then is set loose, unarmed, into a paintball field….”

“Tonight, on the finale of ‘Heart Assault’, Morgan Spurlock gulps a mixed bowl of Adderall, Valparate and Zostavax; drinks a smoothie of Ritalin, Fingolimo, and Andro Gel; mainlines Testosterone and Lidocaine; has his eyeballs doused in liquified Omalizumab, and is encouraged to climb the tram line at Jackson Hole….”

My dad was in insurance, so I know why Morgan Spurlock is no longer on television. It’s a shame, because Spurlock's teaching style is excellent. Re-watch Supersize Me. Why isn’t Morgan Spurlock a national hero?

I am physician phobic (but in no means an anti-vaxxer). The entire doctor experience is unpleasant. I dislike making the appointment, the waiting and unveiling room dances, the scale, the blood pressure cuff, sitting on paper. Even the receptionist clipboard is no fun, and I love tests.

So, if given a chance, I’ll skip the doctor. Couldn’t find the vein the first time? I’m out of here. Ruptured quad muscle? It will get better. Start telling me to come back for a dye injection, and I’ll be gone before you get to what happens next.

But, given my personality type, I’m probably lucky I have physician phobia. The physician is the gateway to the pharmaceuticals. My reluctance to see a doctor is likely responsible for me not being a pill popper – at least not yet.

Alas, once you get to a certain stage, they just feed you the drugs, whether you saw them on TV and asked for them or not. By then, a pet will likely be a part of my life. When the drug pushers come, hopefully, Oscar will just say no.